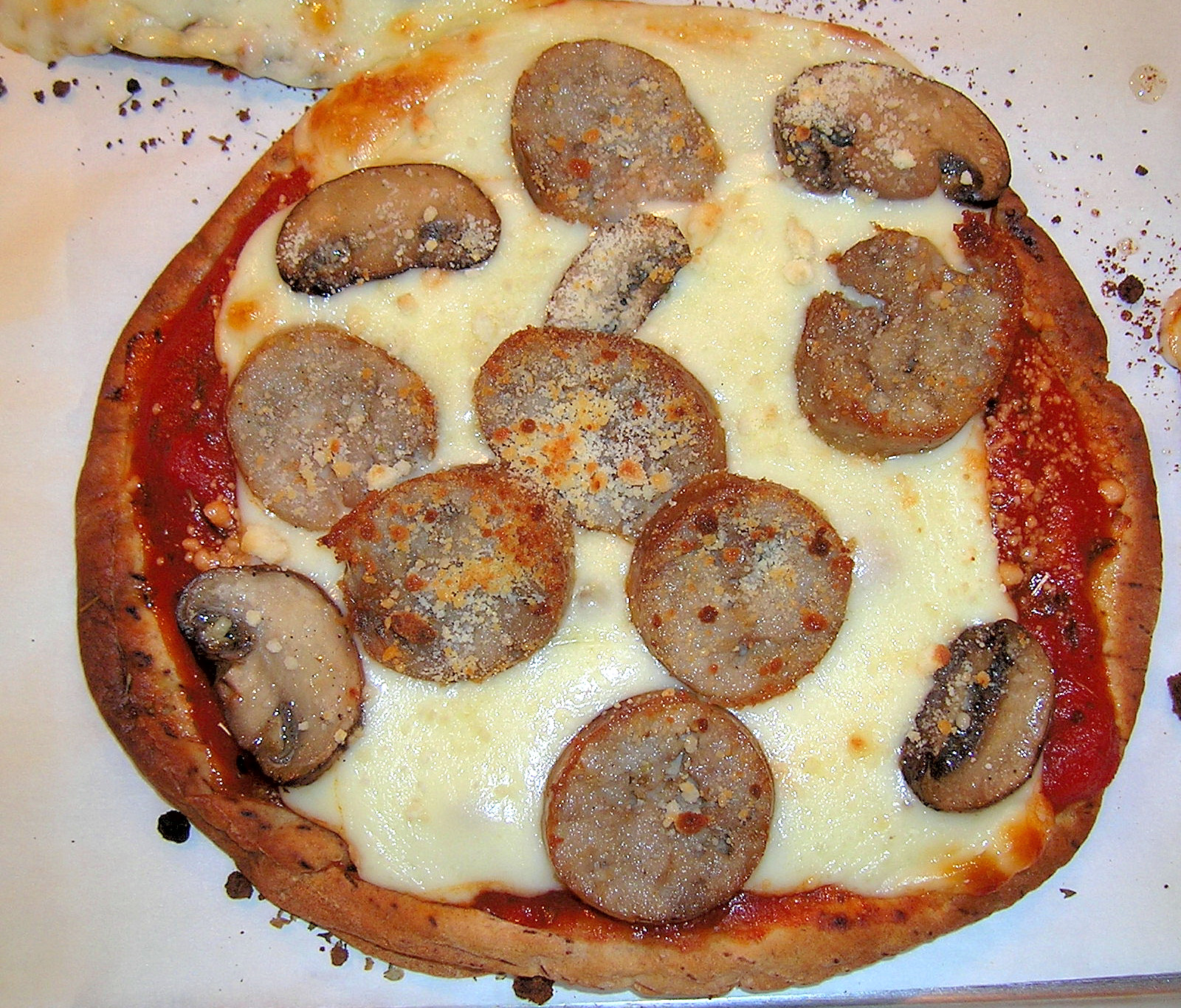 This post was written by Chef Ward Alper, The Decadent Diabetic.

The responses to last week’s question about diabetic-friendly alternatives to food favorites was overwhelmingly for pizza and pasta. No problem: Let me first tell you that I am a “New Yawker” and traditionally pizza is eaten with your hands. Only the first of the recipes can be eaten that way. The others really need the knife and fork. Sorry, youse guys.

What I had to do when I decided to create a recipe for pizza was to think about what it is about pizza that I liked so much, and what I needed to do to fill that urge.

The answer for me was the gooey cheese and tomato with the basil/ oregano taste and smell. It tastes like pizza, it smells like pizza, IT MUST BE PIZZA!

Here is the challenge:

The sauce part is pretty easy. Traditionally pizza is made with an uncooked tomato sauce. This is because the sauce has the time to cook on top of the crust. These recipes are faster cooking recipes. For all versions below I use a commercial grade pasta sauce. Prego, Ragu, Classico, Emeril’s, Newman’s Own, and Barrilla all have about 1-2g of carbs per tablespoon.

While tomato sauce does have some carbs, it is minimal compared to the crust. The cheeses have 0 to 1g of carbs. The toppings (sausage, pepperoni, mushrooms, peppers, etc.) are all pretty minimal as well.

The crust is the problem. Keeping an open mind is important here. For my basic round pizza I use Joseph’s Oat bran and Whole Wheat Pita bread* (4 NET grams of carbohydrate each).

Is it exactly the same as pizza crust? No! It is however a great substitution. It has some of the chewiness that a regular crust has. If you like a crisper crust, heat it a little longer than suggested in the recipe before topping with oil and sauce.

Note: Snoopy and I like pizza with sausage. If you rather pepperoni or mushrooms or some other topping, use that instead. Or if you like just plain cheese, make it that way.

It takes more time to pre heat the oven then it does to prepare this recipe.

½ – of a cooked sweet or hot sausage (pork, turkey or chicken)

HOW I PREPARE THE RECIPE:

Step 1 Poke the pita bread with a toothpick. Place on a baking sheet lined with parchment paper. Place in pre-heated oven for 3-5 minutes until it just starts to crisp.

Step 2 Remove from the oven and drizzle the olive oil over the pita bread and even it out with a pastry brush.

Step 3 Spoon the pasta sauce evenly over the pita, then sprinkle it with dried oregano (this gives it the taste and aroma of a pizzeria)

Step 4 Sprinkle the parmesan cheese over the sauce, top with mozzarella cheese then with either thin slices of the sausage or crumbled sausage.

Step 5 Raise the heat to 475 and bake until the cheese is melted and bubbly. (3-5 minutes)

The only change here is using The Joseph’s Lavash* instead of pita. It raises the net carb count to 12g.

Step 1 Place the Lavash so the longest side is facing you left to right.

Step 2  Brush half of the Lavash with olive oil then sprinkle it with dried oregano (this gives it the taste and aroma of a pizzeria) and fold over the un-brushed half and brush that side lightly with oil and sprinkle with  oregano..

Step 3 Spoon the pasta sauce evenly over the Lavash,

Step 4 Sprinkle the parmesan cheese over the sauce, top with mozzarella cheese then with your choice of toppings.

Step 5 Place into 475 oven and bake until the cheese is melted and bubbly. (3-5 minutes)

*Joseph’s products are usually available in or near the Deli department of your “stupidmarket”. Walmart has them in the freezer case, BJ’s carries them in their bakery. If all else fails, you can order them online from Joseph’s. I am NEVER without them.

The change here is to use my recipe for zucchini pancakes. Here you do raise the carb count a little more, BUT you get some veggies and a bit more fiber.

Step 2 Spread the mixture into 8 inch round  x  ¼ inch thick pancakes. Place on a sheet of parchment paper. Bake as directed.

Step 3 Spoon the pasta sauce evenly over the pancake

Step 4 Sprinkle the parmesan cheese over the sauce, top with mozzarella cheese then with your choice of toppings.

Step 5 Place into 475 oven and bake until the cheese is melted and bubbly. (3-5 minutes

For this recipe you will be using a Portobello mushroom cap instead of a “bread” crust for your pizza. The carb count drops to 6 net grams of carbohydrate.

Step 1 Clean a Portobello mushroom cap. Bake in a 475 degree oven for 5-7 minutes and the cap flattens.

Continue as in all of the above recipes.

Last but not least: Use your imagination to top the pizza. Try using drained ricotta cheese seasoned with salt, pepper, basil and oregano to create a white pizza. Add spinach or onions or eggplant or any Mediterranean veggies for a hearty meal. Hey, you are now the chef in charge!

Chef Ward Alper is type 2 Diabetic who lives and eats DECADENTLY in Portland, Maine. Since his diagnosis more than four years ago he has refocused his recipes and eating to support his Diabetes health. He has maintained a consistent A1C of 5.2-5.3, while still enjoying the pleasures of eating. Chef Alper has been a professional chef in both New York City and Boston, Massachusetts.

He has a website, www.thedecadentdiabetic.com, where he shares stories and recipes with his fellow Diabetes and encourages them to expand their choices and take back their life and their table. His articles and recipes appear on Top Diabetes sites as well in medical newsletters across the United States. He is working with a major New York publisher towards publishing a cookbook so he can share with more Diabetics that you can take back your life and your table while still eating a Diabetic Diet and be DECADENT to boot!