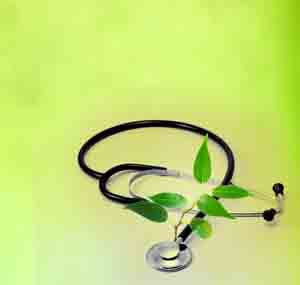 Exploring an alternative treatments for Diabetes has gained wide popularity today. People seem to intuitively grasp that there are natural treatment options to diabetes control that cannot always be definitively proven in a research facility.

The term alternative medicine covers a wide range of treatments not normally associated with western, or established, medical practice. Despite the lack of convention, alternative treatment of diabetes is gaining notice and more research by mainstream organizations is being done.

The National Center for Complementary and Alternative Medicine (NCCAM), a branch of the National Institute of Health, has specifically studied alternative treatment of diabetes. The organization lists two procedures and four substances that hold promise for natural treatments for diabetics.

The NCCAM touts acupuncture as a possible therapy for easing chronic pain, noting that some diabetic patients with neuropathy use acupuncture.

There also may be an acupuncture and weight loss connection. Acupuncture practitioners regularly tout the benefits of acupuncture for this condition. It seems there is a lot we still need to learn and explore with this Eastern Science.

This therapy can increase a person’s pain awareness and how to better deal with it. Relaxation and positive imagery techniques are also used to help lower or eliminate pain.

Some studies show that taking chromium helps the insulin function.

There are several varieties of ginseng plants, however most formal studies have focused on American ginseng. Ginseng has been found to lower glucose levels. While promising, scientists continue to study this link. One difficulty is that the level of glucose lowering compound can vary among ginseng plants.

Like chromium and ginseng, scientist cannot definitively establish the healing properties of magnesium and diabetes. Low magnesium is thought to interrupt insulin secretion in the pancreas and raise insulin resistance in the cells.

Certain plants and animals contain the compound vanadium. Some studies suggest that vanadium normalizes blood glucose levels in both type 1 and type 2 diabetics. One study even found that test subjects could reduce the amount of insulin they were taking.

Other alternative treatments for diabetes include Yoga for Diabetes therapy. The healing power of yoga has been discussed for centuries. Recently, yoga has been making waves for its startling success in helping diabetics. Take a look at this article for a full explanation.

As with all treatments, a doctor should be consulted prior to beginning any alternative treatments for diabetes control.