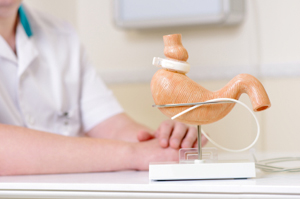 Bariatric surgery and diabetes seems to be a phrase gaining popularity recently. Living in Miami, practically every day I see billboards or hear radio commercials soliciting bariatric and gastric bypass surgery patients. While not aimed just at diabetics, the trend for this type of surgery is growing.

In fact, there are approximately 200,000 of these surgeries each year in the United States. With exploding obesity rates, this trend looks to accelerate, not diminish.

What is incredible is that the cost doesn’t seem to be an impediment. Each surgery can run approximately $20,000 or more, and is often times not covered by health insurance. People are desperately searching for a solution to their weight and health problems and bariatric surgery is fast becoming a critical solution.

But, is it the best solution? Is it worth the risks? Why is the surgery gaining ground as a treatment for diabetes? Let’s start at the beginning and answer all these questions and more.

What is Bariatric Surgery?

Bariatric Surgery is a generic term used to describe multiple surgical techniques that seek to reduce your food intake and slow or restrict food absorption. The theory is that if they can manually keep you from eating a lot and reduce the amount of food that is absorbed by the body, you will lose weight despite your past dieting issues.

The two most common type of bariatric surgery are gastric banding and gastric bypass surgery. Gastric banding is the newer of the two techniques and it is sometimes referred to as lap band or realize lap surgery. There are some differences between the two surgeries, but mainly it is the type of band that is used in the stomach. Check with your doctor about the “nitty gritty” if you are contemplating band surgery.

Gastric band surgery involves putting a band around a small portion of your upper stomach to create a small pouch. This pouch is slightly bigger than a ping-pong ball. With your stomach so small, you feel full faster when you eat. The surgery primarily focuses on limiting the amount of food you intake. To a lesser degree, it also allows for less food absorption.

The key advantages to gastric band surgery are:

Gastric bypass surgery is an older technique and involves surgically creating a small pouch in the stomach to restrict the amount of food you eat. The technique also bypasses the upper part of the small intestines. By doing this, the food has less opportunity to be absorbed into the body through the intestines.

Why is the Surgery as a Diabetes Treatment So Popular?

A subset of this group is considered extremely obese, if they have a BMI of 40 or greater. For non-diabetics, bariatric surgery is considered an option if they are extremely obese. The Food and Drug Administration (FDA) established this requirement for the gastric band surgery.

However, if you have diabetes, then the FDA has determined that the surgery is considered an option if you are obese (a BMI of 30 or above). Why the lower threshold for diabetics?

Researchers have also found that in bariatric surgery can help with diabetes management, as published in the American Journal of Medicine.

Thus, you can see why many obese diabetics are looking at bariatric surgery as a solution to control their diabetes and related complications. It literally can be a matter of life and death.

However, there is more to the story, so stick with me as we learn more.

Even if you personally decide that the surgery is right for you, you need to realize that your life will not be all “green lights” and “sunny days” after the surgery. The NIH guidelines for the surgery require the following.

Furthermore, many hospitals require that you undergo a rigorously controlled dieting regime for up to 6 months and psychological evaluation and counseling.

You should be aware that with any procedure, there could be complications. For example, the gastric band could leak or you may still gain weight. Multiple follow-up surgeries may be required. There are also the miscellaneous complications associated with invasive surgeries such as blood clots, infection, etc.

This type of surgery is very invasive and will alter your life. In other words, it is not a panacea to solve all your problems. A serious effort is needed AFTER the operation to make sure you achieve the benefits that the surgery can deliver.

As such, make sure you give a serious effort BEFORE you get the surgery to see if you can change your situation before taking this often irreversible step.

Try talking with multiple doctors before getting the surgery. I would also suggest speaking with a doctor who is not associated with one of the clinics that churns out this type of surgery as their primary focus. Getting a variety of opinions is a prudent way to make sure you are getting good advice from several viewpoints.