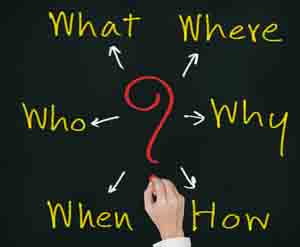 Type 1 diabetes seems to be caused by an environmental trigger or virus. The virus stimulates an immune attack against the beta cells of the pancreas. These beta cells, the islets of langerhans, are destroyed, thus insulin is no longer produced by the body. A person with type 1 diabetes must now take insulin to survive.

Risk factors for type 1 diabetes are not well defined or reported. Most government and research websites simply state that a variety of genetic and environmental factors contribute to the development of type 1 diabetes.

Interestingly, Caucasian children seem to be more prone to developing type 1 diabetes. This is in contrast to type 2 diabetes where ethnic minorities and adults are more prone.

In 2002, the International Diabetes Federation published a consensus report discussing the question – How is diabetes caused? Over 350 international experts participated in formulating the consensus. The report was issued in response to a huge increase in the prevalence of type 2 diabetes worldwide. Diabetes is expected to reach 300 million cases by 2025. Unfortunately, type 2 diabetes is also striking more children and adolescents than ever before.

Genetics. There is strong evidence that certain genes are the root cause of diabetes.

Lifestyle Issues. Obesity, bad eating habits, and physical inactivity are risk factors.
Stress. There is some evidence of a link between stress and insulin resistance that leads to type 2 diabetes.

Not surprisingly, the consensus advocates a concerted worldwide effort to develop prevention programs to help stem the growing tide of diabetes.

The exact cause of gestational diabetes is not known. Scientists believe that during pregnancy, the placenta generates hormones that assist a baby’s growth. However, these same hormones can block the function of insulin in the mother’s body, a condition known as insulin resistance.

The mother may need up to three times the normal amount of insulin to help her process her blood glucose. Gestational diabetes begins when the mother is not able to produce enough of the extra insulin. The result is that glucose builds up in the blood, often called hyperglycemia.

The key takeaway here is that, regardless of what caused your diabetes, the important thing is to learn the best treatment. You can learn more about treatment options throughout this site.