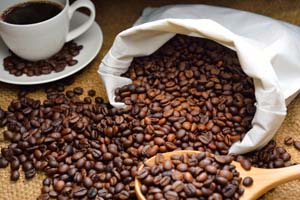 What’s the link between coffee and diabetes? Recent studies suggest that coffee consumption can significantly reduce someone’s chances of developing type 2 diabetes. In some studies, research has found that for every cup of coffee you consume a day, your risk of developing diabetes is diminished by up to 7 percent!

WARNING! While the studies are encouraging, the coffee diabetes link does not come cheap. You may have to consume anywhere from 4-7 cups a day. You may want to buy your own Starbucks!

There are at least five key studies discussing the link. First, a 30 year study of people living on several Mediterranean islands found that coffee consumption lowered the risk of getting diabetes. Those who drank 5-6 cups a day had the lowest risk.

Fourth, in yet another Scandinavian study, a group of Fins were found to have a lower diabetes risk if they consumed coffee. The study was a bit less conclusive on why this was the case.

Fifth, a 2011 study found that men who substituted a cup of coffee for one sugar flavored drink, could actually lower there risk of developing diabetes by 17 percent! Incredible.

While these studies have recognized the link coffee has in preventing diabetes, researches didn’t really know why.

This may have changed in 2011. A study published in the Journal of Agriculture and Food Chemistry by Chinese researchers determined that coffee blocked a substance in the pancreas that may cause diabetes. The substance blocked is called HIAPP or human islet amyloid polypeptide. By blocking the substance, coffee may slow, or even prevent the onset of diabetes.

Other researchers make the point that coffee contains very strong antioxidants. Antioxidants protect your cells from damage caused by free radicals. Coffee also contains magnesium and chromium. These minerals have been found to help your body process and use insulin.

But, diabetes health is not the only thing coffee may have benefits. Researchers also believe that coffee can lower your risk of stroke, Alzheimer’s, Parkinson’s disease and liver cancer. Be careful though. Try not to load each cup up with sugar and high fat cream or milk. Personally, I like coffee with a little soy milk.

Where does the Americans with Diabetes Association stand on the coffee and diabetes connection? Well, they also agree that their may be a link between coffee and lowering diabetes risk. However, they do note that other unknown factors could be involved. Regardless, I am off to a coffee break!