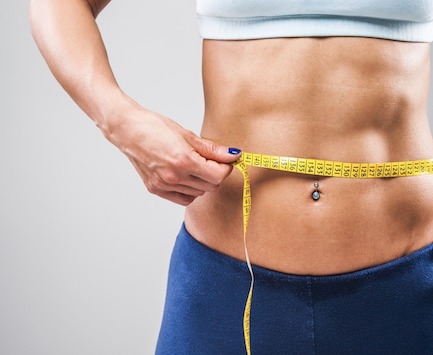 Metformin is the most prescribed anti-diabetes drug in the world, responsible for over 48 million prescriptions per year in the United States alone. More than 80% of type 2 diabetics are either overweight or obese. Studies indicate that metformin is also an effective weight loss drug.

TedTalk speaker and former Johns Hopkins University surgeon Peter Attia once described his contempt for a patient, who was “fat and with type 2 diabetes,” by saying, “if you just tried caring even a little bit, you wouldn’t be in this situation, at this moment with some doctor you just met about to amputate your foot!”

This sentiment, one of face-value judgment, is perhaps universally shared by doctors who believe that the former, being “fat,” causes the latter, “type 2 diabetes.”

Ironically, Attia, the same doctor who criticized a patient for perpetuating this ‘cause and effect,’ became insulin resistant and “massively overweight” himself “despite exercising 3-4 hours every single day and following the food pyramid to the letter.”

Dr. Attia, and other researchers, are now dedicating their life’s work to questioning scientific ‘truths’ around what is a complicated, if not an entirely known, relationship between obesity and type 2 diabetes.

This relationship, interestingly enough, is made further complicated by the fact that many anti-diabetic drugs can actually cause weight gain as a side-effect. After all, it is believed that as your blood sugar levels are lowered, the hungrier you become. According to the American Diabetes Association, “many patients experience an increase or 4.4 lbs or more after initiation of these medications,” and that’s just the beginning.

In other words, these drugs, such as sulfonylurea, are both treating type 2 diabetes and causing a side-effect that – supposedly – leads to type 2 diabetes in the first place. How counter-intuitive is that?

However, there is one anti-diabetic drug, called metformin, which is doing just the opposite – causing weight loss.

According to the most cited study on metformin’s role in weight loss, metformin was shown to curb appetites, which led to significant weight reduction – specifically in type 2 diabetics who were obese and prescribed a specific amount of metformin.

Subjects were given doses of either 850mg or 1700mg twice a day. The study’s authors remarked that, “the 1700-mg metformin dose had the most marked appetite suppressant action.” In other words, the higher the dose, the more effective metformin was in reducing hunger. Over two months, subjects treated with 1700-mg metformin averaged a weight loss of nearly 18 pounds. Insane.

According to another study (as reported on diabetesjournal.org), in what was “the longest follow-up” in metformin’s history, weight loss can be seen for at least 10 years of continued treatment in all subjects (i.e. non-obese diabetics and non-diabetics included). This same study highlighted the strong correlation between metformin adherence (i.e. sticking to routine) and weight loss in the following graph:

Despite the general optimism surrounding these findings, it should also be noted that scientists warn that significant weight loss, through the administration of metformin, can be dangerous for certain diabetic profiles, particularly in the elderly.

The American Diabetes Association also mentions that most patients beginning metformin treatment experience the side effects of nausea, vomiting, and diarrhea, all of which lead to weight loss. As such, weight loss can be a temporary result for many type 2 diabetics treated with metformin.

Nevertheless, numerous studies, including those cited in this article, support the finding that metformin is indeed a weight loss drug in addition to being a treatment for type 2 diabetes.

If you’ve experienced weight loss while using metformin, please share your story below. We’d love to hear all about it.