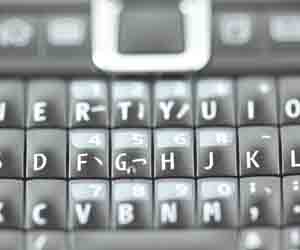 Now I’ve heard everything. Apparently, a three year study recently concluded which found that men who received 2 to 3 health related text messages a week reduced the likelihood of them developing diabetes by 36 percent!

Over 500 men in Southeast India with a high BMI and a family history of diabetes were chosen to participate. The men received the texts either during the breakfast or dinner time period over a three-year period.

The content of the messages were just simple tips on living a healthier life, such as “take the stairs instead of the elevator” or “limit your snacking while watching TV.”

Just these little tips and reminders seem to make a big difference in shaping the lifestyle behavior of the study participants. More than 95 percent of the men reported that they liked getting the messages.

What was fascinating about the study though is that little else seemed to change. For example, weight, BMI and exercise habits appeared to remain the same over the 3 year period. However, HDL (good) cholesterol levels did increase significantly.

Maybe there is something akin to the law of attraction working here. On some level the healthier messages make you healthier, even if you do not change your lifestyle! Your subconscious just thinks it makes you healthier, so you are!

Regardless, the women of Southeast India are up next. We’ll see if they respond as positively to the healthy messages. To read the full scope of the story, check out Medscape.com.