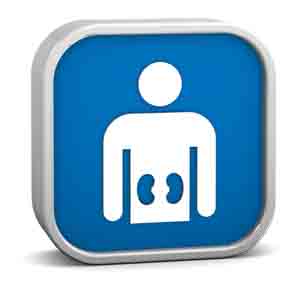 Diabetes and kidney disease don’t have to be a forgone conclusion. Learning how to work with your body to keep your kidney’s healthy is critical. For proper motivation, let’s look at some of the startling facts first.

Obviously, kidney failure is very serious and can be fatal, as the body can no longer rid itself of waste. Sufferers must either go through dialysis (artificial blood cleansing) or receive a kidney transplant. Besides the human toll, the financial toll of kidney failure in the United States alone is estimated at $32 Billion.

How does the disease progress?

Microalbuminuria is the first stage of CKD. During this stage, kidney filtration and function is usually normal and can last for several years. The microalbuminuria symptom is simply that small amounts of the blood protein albumin begin to leak into the urine.

Macroalbuminuria is the second stage of CKD. During this stage more albumin is beginning to leak into the urine. As this occurs, the kidneys filtering ability declines and more of the body’s waste is retained. Kidney damage begins, often resulting in high blood pressure.

Kidney failure is the last stage. During the first 10 years of diabetes, kidney damage is very uncommon. Typically, 15-25 years pass before kidney failure takes place. If no signs of CKD occur for 25 years, the chance of developing CKD decreases.

How do you diagnose people?

Two important measurements are made to screen for diabetes and kidney disease.

Estimated Glomerular Filtration Rate (eGFR). eGFR estimates the amount of blood filtered in a minute by the glomeruli in the kidney. A blood sample is taken that measures the blood’s creatinine level. Creatinine is a waste product. The higher the creatinine level (i.e., the higher the waste), the lower the filtration rate (i.e., the more damage to the kidney). CKD is diagnosed when the eGFR is less than 60 milliliters per minute. The American Diabetes Association (ADA) and The National Institute of Health (NIH) recommend a yearly eGFR test.

Urine Albumin. This test compares the amount of albumin in urine with the amount of creatinine. Urine will contain almost no albumin and large amounts of creatinine, if the kidneys are healthy. CKD is diagnosed if the urine contains more than 30 milliliters of albumin per gram of creatinine (regardless of eGFR). The ADA and NIH recommend annual Albumin test for all Type 2 diabetics and for type diabetics who have had diabetes 5 years or more.

As discussed above, high blood pressure, also known as hypertension, is a leading factor in the development of kidney disease in people with diabetes. High blood pressure even accelerates CKD if the disease is already present. Hypertension is also a result of CKD, not just a cause, so it is very important to maintain good blood pressure.

How to Prevent or Slow Kidney Disease

Enough about the problems with CKD, let’s learn how the disease is prevented or slowed. The NIH recommends a three prong approach.

Protein Appropriate Diets. High protein diets can be harmful to diabetics. People with CKD should follow the recommend daily protein amounts. Reduced protein diets can also be beneficial for people with advanced CKD. Please consult your physician for further guidance on what diet is appropriate for you.

In one study, this treatment has led to a 50% reduction in the development and progression of early kidney disease in people with diabetes.