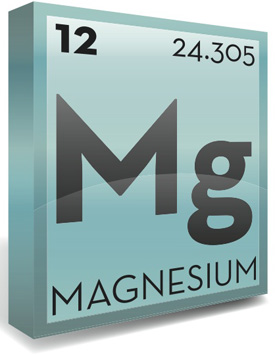 Magnesium and diabetes is another well covered alternative treatment subject. Magnesium is the fourth most prevalent mineral in our bodies. Most magnesium is found in our bones, almost 50%, with the remaining portion in the cells. Increasingly, there has been focus on how magnesium may be able to help people manage diabetes.

Magnesium is necessary in almost 300 biochemical processes with the body. It helps maintain nerve and muscle function, improves the immune system, strengthens bones, and keeps the heart rhythm steady. The mineral also is thought to help regulate blood pressure and blood sugar levels, and metabolize carbohydrates.

Interestingly, people with type 2 diabetes and pre-diabetics often have a magnesium deficiency. The condition is often called hypomagnesemia. African Americans are particularly susceptible to a magnesium deficiency based on the typical dietary intake. The lower levels of magnesium may cause or worsen insulin resistance, making it difficult to regulate blood sugar.

One explanation for this may be that increased urination in diabetics may increase the loss of magnesium as the mineral is passed from the body in the urine. Supplementing magnesium deficiency, particularly in older adults, may improve insulin action and response. However, any supplementation needs to be closely monitored, as explained below.

WHAT DO THE MAGNESIUM STUDIES SAY?

At least three studies have found a link between magnesium and its influence on whether someone will develop type 2 diabetes. The first, called the Nurse’s Health Study, was a comprehensive 12-18 year study of over 125,000 people without diabetes. Over this period, the risk of developing type 2 diabetes was significantly higher for those with lower levels of magnesium. The study inferred that consuming foods that were high in whole grains, dietary fiber and magnesium helped people avoid developing type 2 diabetes.

Likewise, the Women’s Health Study looked at dietary intake for over 40,000 women. Overweight women, who consumed less dietary magnesium, were at a greater risk of developing type 2 diabetes.

It should be noted that there have been other studies that have not found a correlation between magnesium intake and developing diabetes, so the link is definetely not an absolute certainty.

What about those who already have diabetes? Is there any benefit to increasing magnesium?

Two studies have specifically looked at this issue. One study found that people who increased magnesium intake over a 16 week period had better glucose control and actually lowered their A1c levels. The other study did not find any correlation between magnesium supplementation and glucose control. I would note that both studies had patients take a magnesium supplement, NOT an increase in magnesium through food intake. This is important as we note in the next section.

In today’s culture, many people just want to “pop a pill” and have their health problem handled. While some nutritional supplements may be fine for this type of solution, you should be careful doing this with magnesium.

We have written extensively on this site about the power of a diet heavy on whole grains and vegetables. This type of diet is very relevant when it comes to getting enough magnesium. Magnesium is primarily found in green vegetables, whole grains and nuts.

Here is a partial list of magnesium rich foods in no particular order. All of the listed grains are whole grain, not processed grains.