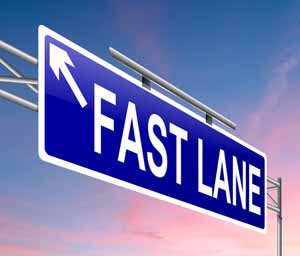 Do you need rapid acting insulin? Novorapid (outside the United States) and Novolog (in the United States) are the brand names for Novodisk’s fast acting insulin product. The science behind these products is fascinating, even for a non-scientific person like me. While the benefits listed by the company are tremendous, there has been criticism about whether this product delivers on its promises. Let’s take a look.

What is an Insulin Analog?

Insulin has a specific DNA made up of various amino acids, just like all human and animal cells. A specific amino acid is removed and replaced with an aspartic acid residue.

Thus, sometimes Novorapid and Novolog are called insulin apart. Novolog was approved by the Food and Drug Administration in 2000.

On average, onset begins within 5-10 minutes, peak time is 45-90, and duration is 3-5 hours. Typically, it is taken in conjunction with longer acting insulin.

Novodisk has designed some unique insulin pens that allow for easy injection. These are called Novolog Flexpen and Novolog Pen Junior for kids. There are also insulin pump and traditional insulin injection options available as well.

Who Should Take These Medications?

The insulin has benefits for people with both type 1 and type 2 diabetes. The drug is meant to have approximately five key benefits:

What are the Drugs Risks?

If seriously considering this drug, you should consult your doctor and review the product literature to fully understand the risks involved. Some of the more common risks include:

What are the Criticisms?

Insulin asparts such as Novolog have been criticized as being no different in action or effect than regular synthetic insulin. Some studies tend to support this criticism. As noted above, some criticize that the drug may reduce or eliminate warning signs of hypoglycemia. Also, when beginning or ending the treatment, it is necessary to pay close attention to the effect it has on your body as it adjusts.

Novodisk is primarily engaged in producing diabetes related products. The company is actually a 1989 merger of Novo Industri SA and Nordisk Gentoffe A/S. These two companies trace their roots back to the early 1920’s. The company is headquartered in Denmark and employs over 27,000 people worldwide.

If you think NovoLog or NovoRapid is right for you, check with your doctor. After all, you need his or her prescription for the drug anyway!