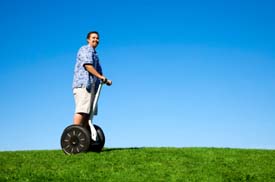 Who invented the insulin pump? Want to know all about insulin pump history? This is the place!

Prior to the insulin pump, many diabetics depended on numerous round the clock insulin injections. Some were even confined to the hospital because of their insulin dependency. Then along came a college kid, eventual college dropout, who revolutionized the insulin injection process.

Dean Kamen was an undergraduate student at Worcester Polytechnic Institute when he invented the first portable infusion pump. An infusion pump is a device that puts medication or other fluids into a persons blood or circulatory system. This device was the precursor of the insulin pump and revolutionized medication delivery for a variety of conditions including chemotherapy and others.

Dean formed his first company called Auto Syringe and continued to further develop multiple uses for his portable infusion pump, most notably the portable insulin pump. He sold AutoSyringe to Baxter Health Care when he was only 30 years old in 1981.

WHO WAS DEAN KAMEN

If the name Dean Kamen sounds familiar, it should. Not only is Dean the person who invented the insulin pump, he has also invented hundreds of other devices. Arguably his most famous invention was the Segway PT. The Segway is that self propelled, self balancing people mover.

For those of you who have seen the movie Mall Cop, or even been to a shopping mall lately, you have seen the security guards patrolling with the Segway. In many major cities within the United States such as Boston and Miami, they have even begun to offer tours on the people mover. Probably a lot safer for tourists than renting a moped in Boston or Miami traffic!!

Since Dean invented the insulin pump invention, numerous advances have occurred. The most recent advances include wireless communication between the pump and glucose meter, and advanced software to track and determine injection schedules.